Arduino needs no presentation, known for its design, modules and accessories. It is a perfect environment to start electronics education for a number of reasons, including its compatibility with the wide range of accessories and modules as well as the large fan base that makes it easy to find materials and projects online. We offer all Arduino projects as official distributors for Spain. Check out our offer and extensive teaching materials in the area of courses and tutorials. If you are the teacher and want to prepare Arduino classes we can also complete a kit for your purposes and mark it with your company name. 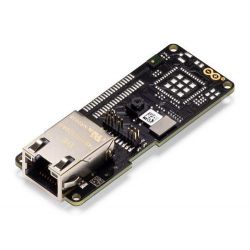 It is the ideal industrial upgrade for the powerful Arduino Portenta H7 that adds a low power Himax camera, two microphones, Ethernet connectivity and microSD slot, everything you need for the fast creation of cutting-edge ML applications.

W5100 Mini Network Module Ethernet Shield Arduino features:
- Shield Ethernet for Arduino and compatible boards based on the Wiznet W5100 chip
- Provides a simple mode to connect your module to the local network and the internet
- Compatible with the official Arduino Ethernet library
- With this shield you can build a web server
- It can be used as a server or as a client - Controller: Wiznet W5100
- Supports TCP and UDP protocols
- Supports up to 4 simultaneous connections
- Compatible with all versions of Arduino: UNO, mega 1280/2560
- Dimensions: 50 x 25x 25mm 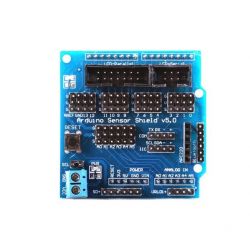 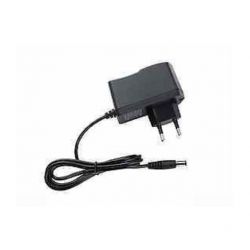 Arduino UNO is the best board to start your experience with electronics and programming. If this is your first experience with the platform, UNO is the most robust board you can start with. UNO is the most widely used and documented board in the entire Arduino family. Its power ensures ATmega 328p microcontroller, the board is equipped with 14 digital pins, and 6 analog 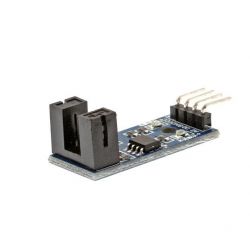 Sensor Module FZ0888 IR Infrared Speed Meter features:
- The FZ0888 encoder module is a device that can help you in the creation of your robotics and automation project, Whether you want to know the speed of a motor or its exact position
- The module has a digital output (DO) which can be connected to your preferred microcontroller.
The operating mode:
- When the sensor is blocked, the DO output is high
- The AO signal is not enabled in this module
- Power supply: 3.3-5V
- Power consumption current 20 mA max
- PCB dimensions: 32 x 14 mm 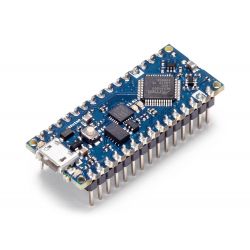 Arduino has decided to further develop its catchy Nano project in the direction of more power. Nano Every is the simplest of the new series as it doesn´t include any sensors nor connectivity solution, however still significantly more powerful than standard Nano (50% more program memory and 2 times more RAM). Above characteristics make it perfect for projects of small devices with more advanced functionalities, such as audio processing or robotics. 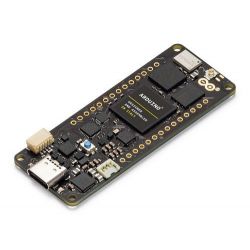 This powerful board serves either as an integrated microcontroller or as the main processor, and you can quickly develop robust hardware suitable for industrial applications. This powerful dual-core board incorporates wireless hardware and the ability to run Python and JavaScript. 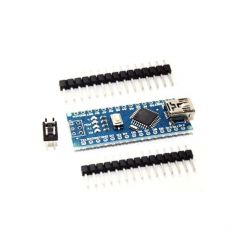 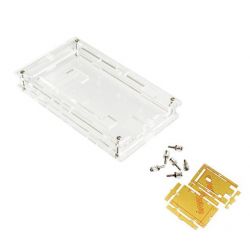 Arduino was born in Italy in the mind of Massimo Banzi in a bar whose name has obtained the plaque. The main idea of the invention was popularization of electronics in education both among people who already have knowledge of electronics but mainly for those who do not have much experience with science. Thus was conceived the idea of the simple board in open-source environment, which allows the infinity of developments and projects by the community of Arduino. The board is based on Atmel's 8-bit AVR microcontroller and an essential part of its construction is the pinout (i.e. the shape of the extension pins), which makes board extensions to a multitude of shields and modules possible. Shields are pre-programmed modules that facilitate the number of applications including motor control (an essential function in robotics), light module control (LED, OLED) or video recording by camera modules.

Arduino IDE is a multiplatform application written in Java language, which forms the basis of all projects and the whole Arduino environment. The environment is designed in this way to be friendly to hobbyists and people who do not deal with creating the software. The IDE contains the code editor with such functions as syntax highlighting or automatic engraving in the code, as well as allowing the program to be compiled and sent to the Arduino surface. There is usually no need for additional editing of make files or programs running from the command line, which makes the program more user-friendly for programming beginners.

Arduino IDE contains the C/C++ library called "Wiring" (derived from the project with the same name), thanks to which basic input/output operations are being made much easier. Programs for Arduino are mainly written in C/C++ language, however users must define only two functions to receive the program ready to go:

setup () - function performed once, at the beginning of the program action, used mainly for configuration loading,

loop () - function activated repeatedly, during the whole period of the program action, i.e. until the power is switched off from the arrangement

With these two functions you can write your first program in Arduino!

Since the time when the Arduino team's projects are available as copyleft licenses, the programmers have restricted the use of the Arduino name only, leaving the construction in opensource form and the whole project open for community development. However, part of the community decided to develop some plates with the same construction but other names like Freeduino, which forms the project separated from Arduino. In addition, there are a variety of producers that offer clones of the most basic Arduino plates - such as Seeduino and many others. It should be remembered that clones work well with established plates, new products rarely have good clones so their compatibility and quality often suffers.