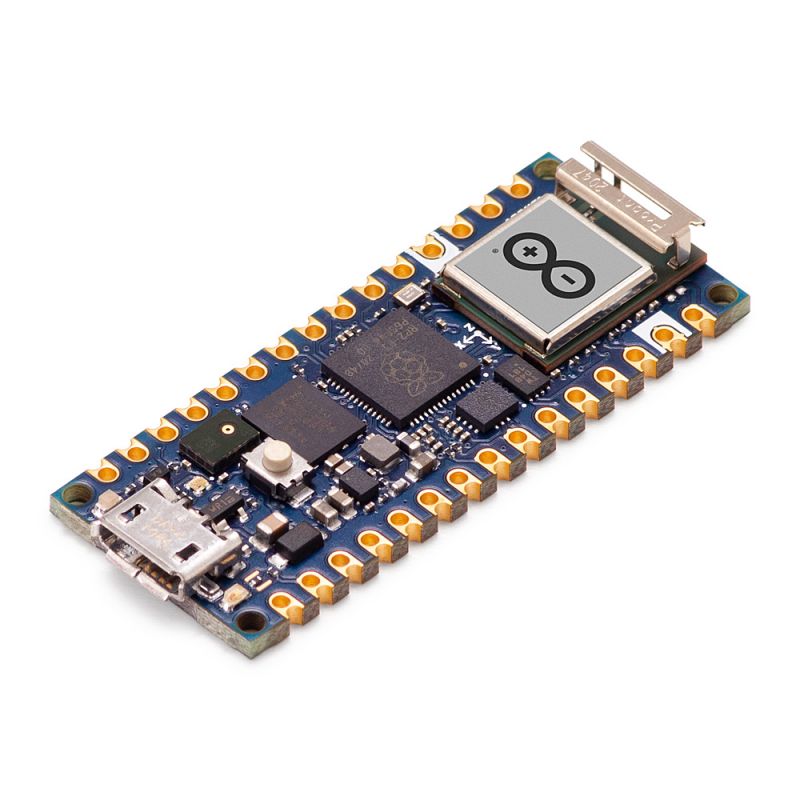 Arduino Nano RP2040 Connect is the first Raspberry Pi SoC board. The smallest and most versatile plug&play board with dual core, connectivity, audio and machine learning capabilities. 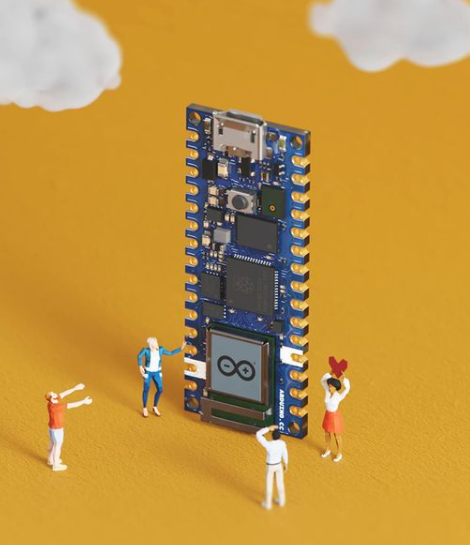 The Nano RP2040 Connect comes equipped with a u-blox NINA-W102 Wi-Fi (802.11b/g/n) and Bluetooth v4.2 radio module. This is a module from the same manufacturer found on the Arduino Nano BLE 33, so it is similar to this board in more ways than just its name and form factor.

In addition to wireless connectivity, the board comes with a microphone for sound and voice activation and a six-axis smart motion sensor with AI capabilities.

An RGB LED is also available. 22 GPIO ports (20 with PWM support and eight analogue inputs) allow the user to control, for example, relays, motors and LEDs and read switches and other sensors.

It offers plenty of program memory, with 16 MB of flash memory, more than enough space to store many web pages or other data.

The power of Python

The Arduino Nano RP2040 Connect is "Compatible with Raspberry Pi RP2040", which means that it not only has support for the entire RP2040 software ecosystem, but also full support for MicroPyhton.

At the same time, the board is compatible with the Arduino programming language, the IDE 2.0 and all the accompanying libraries.

Finally, it can be programmed and operated directly from a browser and is fully compatible with Arduino Cloud and the Arduino IoT Remote smartphone app.

Nano RP2040 Connect in the cloud

Like all Arduino, the hardware of the Nano RP2040 Connect is only half the story.

Right off the bat, this device is fully compatible with the Arduino Cloud. It landed at just the right time, as the Arduino Cloud plans were revised. These offer much more at the free level, while bringing a new entry-level plan that really unlocks the power of the cloud. 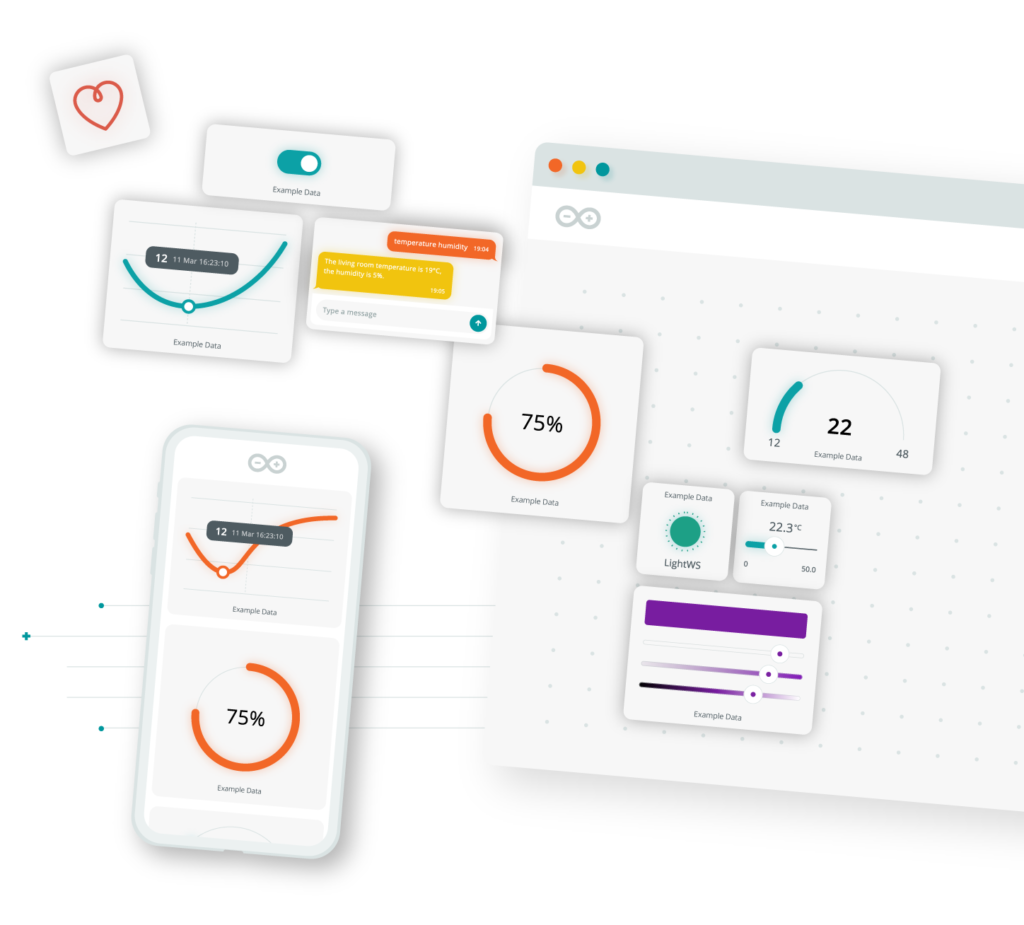 Because the Nano RP2040 Connect is a connected device, this opens up all sorts of possibilities. Not least of all wireless updates and programming. This alone can make a Cloud companion to the board worthwhile. It gives you full and incredibly easy access to the hardware. This is true even after it has been deployed, installed, or immersed in the guts of a project. If you have a WiFi signal, you can do everything as if you were connected via USB. Plus, you have the added benefit of smartphone control via the Arduino IoT Remote app.

The cloud even makes it very easy for your Nano RP2040 Connect to communicate wirelessly with other boards. Any device connected to your Arduino Cloud can communicate, and we're not just talking about official Arduino boards.

The complete Pinout together with the technical information of the board can be found in the attachments tab. 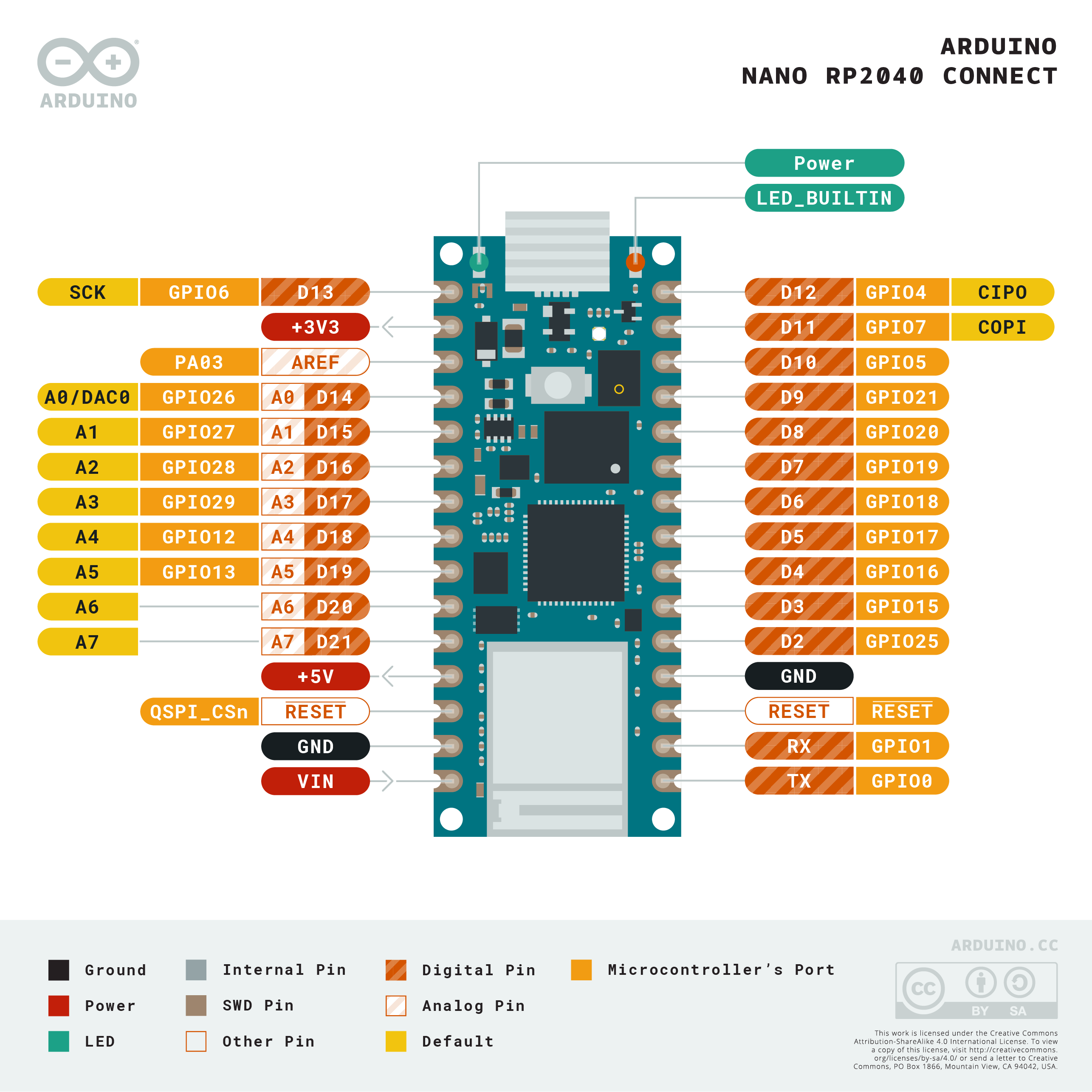 We are official distributors of original Arduino products

Links to Arduino pages and documentation

No related article on blog

5 other products in the same category: