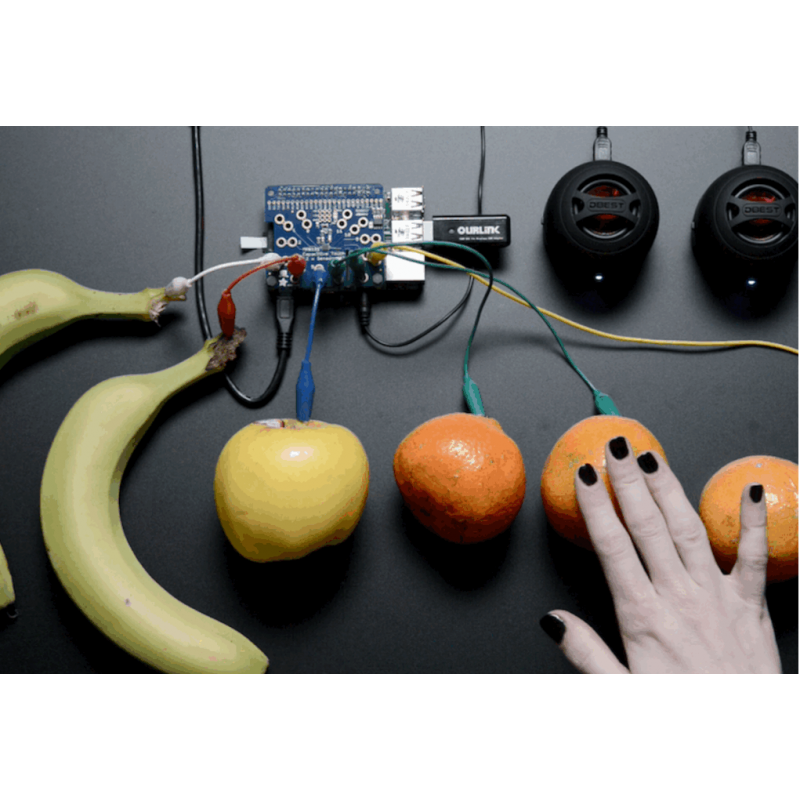 This touch HAT for Raspberry Pi will inspire your next interactive project with up to 12 capacitive touch sensors, from fruit keyboards to interactive lighting.

This Capacitive Touch HAT for Raspberry Pi will inspire your next interactive project with up to 12 capacitive touch sensors, from fruit keypads to interactive lighting.

Capacitive touch sensing is familiar to you as you use it every day on your mobile or tablet screen, and it works by detecting when a person (or animal) has touched one of the sensor's electrodes. This mini kit has 12 sensors to which you can attach alligator clip wires. Connect one side of the clip to the module and the other side to something electrically conductive (such as metal) or filled with water (such as vegetables or fruit).

Then, start our handy Arduino library to detect when the object is touched - that's it, easy as pie! For advanced users, you can also solder to a pad to make a thinner, more permanent connection. It works great with any Arduino, as it only uses the I2C pins (SCL and SDA).

We have examples of reading touches. Using an Arduino Leonardo and a bit of creativity, you can use it to turn touches into KeyUp/KeyDown keyboard presses (so you can make a veggie keyboard) or pair it with our Music Maker shield to create an audio player that will play a sound per sensor (fruit drums!). 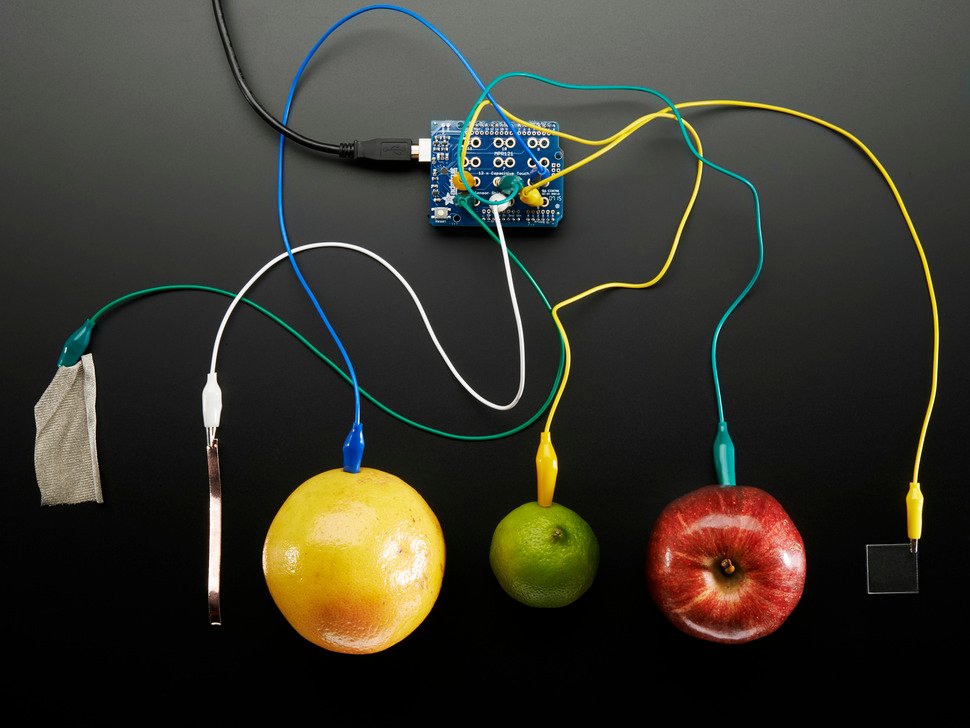 Each order comes with a capacitive touch plate and a 36-pin header bar. You'll need to do some light through-hole soldering to attach the headers to the shield circuit board, but it's easy to do with basic soldering tools like a soldering iron and rosin-core electronic solder - you'll also probably want to buy a 12-pack of alligator clips!

Works great with Raspberry Pi Model A+ or B+. This HAT can be used with Model A or Model B, but requires the purchase/soldering of an extra-tall 2x13 header instead of the included 2x20.

As an idea, you can combine this board with the Electric Paint, and make some interesting and fun projects.

Price €8.80
chat Comments (0)
No customer reviews for the moment.